Driving here in Uganda takes faith, especially at night.  Below are most of the reasons I do not like driving here at night:

Much more difficult to see the road in front of you here in Uganda, more people drive with their bright lights on, some drive with little or no headlights or tail lights, numerous people are walking alongside the road and even one or two in the middle of the road, motorcycles are driving the wrong way on the road, bicycles driven at night with no reflectors or lights, vehicles stopped dead in the road with no warning.

In order to be safe we reduce evening activities away from home as much as possible.  This week however the last two of the three nights we have driven home two or three hours after dark.  As we left early tonight from our afternoon Bible study in order to make it home before dark, I told four or five men with whom I was chatting, “I don’t have enough faith to drive on the roads at night.”

Yet, it seems my faith is constantly being challenged.  The previous Sunday night we pulled out from Jinja at dark (later than I like and to my humiliation) with no headlights working on our vehicle, only parking lights.  We are grateful to God He got us home safely.  I found out the following Monday rats had chewed the headlight wire in two – only the headlights, thank you, Lord.

Tonight I was determined to get my family home safely before dark.  Sunset is 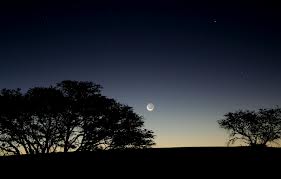 always at 7 pm here at the equator.  So we left our Bible study meeting at 6:40 pm.  As we drive home I comment to Michelle how much easier it is to drive when I can see.  We make it safely home just a few minutes after the sun has dipped just below the horizon.  As we pull through our front gate, Michelle suddenly remembers that she was supposed to tell me to pick up one of our workers while we were in town.  She feels terrible.  My heart sank, then frustration rose.  I could see the test of faith in front of me.

I drove back into town (about 15 minutes one way) frustrated.  About two or three miles into the drive, I finally realized I had to give it over and let it go.  It was so obvious, faith is a lesson God is teaching me.

Without telling Michelle, I actually increased my speed a bit, though very difficult to see.  “If this is a test, I’ll be bold,” I thought.  “Insanely bold.”  We finally picked up our worker and arrived safely home.  As I recount the trip as I write this, I initially remember no significant incidents.  Then I was reminded of what happened on this trip to and from town – we hit a bat (love those animals, they eat mosquitos) with the vehicle, while passing a tractor trailer we almost hit a bicyclist and finally in our center turning lane a single headlight (motorcycle or boda boda) going the wrong way is driving toward us in our path.  I stay boldly committed to my lane and flick my headlights to bright – everyone else does.  The motorcycle swerves quickly out of the way while he passes a bicyclist pushing his bicycle loaded with sugar cane – yes in the center turning lane, coming right toward me too and at night.  Oddly enough I am not recognizing this as strange or significant any more.

Earlier in the week I conversed on Facebook with an atheist / agnostic friend of mine from college.  I also sought to minister to a Ugandan friend who was forced to move from his home and who lost his job.

The conversation with the college friend was nice – not angry, not seeking to put one another down – just sparring over faith and belief in God.

Like most atheists and agnostics I know and have conversed with, tragedy with suffering, along with few, if any satisfying religious answers, have all caused my friend to critically question Christianity, religion and God. I don’t have any problem at all with questioning things critically.  Too many religionists and Christians don’t ask the difficult questions.  But by week’s end the messaging finally drew to a respectful close.

I’m not sure if my friend admits that he walks by faith every day – faith in himself, in others, in farmers, in grocery stores, in what he eats, in rain, in sunshine, in the economy, in what he sees, etc. etc.  I assume he does. 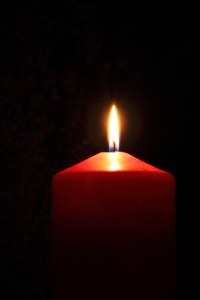 The Ugandan friend of mine who lost his job and his home had a difficult week.  Tonight as I sat down to write, he called.  I just hung up the phone with him.  He told me he needed to talk tonight.  His walk right now is a walk of faith – he told me he went to the Bible for strength.  He asked that I read Psm 91.  “I will say of the Lord, He is my refuge and my fortress; My God, in Him will I trust.” Psm 91:2  His faith is in God.  Tragedy has struck his life, too, with the senseless murder of his father and eventual death of his mother from the same attack.  But his response is different: faith in God that honestly, probably wavers at times.  But faith in the reality of God’s help, nonetheless.

Faith is interesting.  We all live by faith every day.  The question is, in what or who do we really trust?  I dare say most of us (myself included) trust in ourselves way too often.  We all certainly prefer seeing, but when the night of tragedy, difficulty or suffering strikes (and it will) will we let the light of Jesus boldly shine in our lives and will we trust in Him?